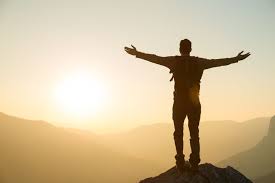 Jesus is not a prophet, He is more than that. He is the giver of the gift of prophets to men (Ephesians 3:11).He is the King of kings and LORD of Lords. He is the Alpha and the Omega, the Beginning and the End (Revelation 1:8). His name is called ‘The Word Of God’ (Revelation 19:13).

In the beginning was the Word, and the Word was with God, and the Word was God. He was in the beginning with God. All things were made through Him, and without Him nothing was made that was made. In Him was life, and the life was the light of men (John 1: 4). For by Him all things were created that are in heaven and that are on earth, visible and invisible, whether thrones or dominions or principalities or powers. All things were created through Him and for Him (Colossians 1: 16). In fact the fullness of the Person of Jesus is beyond human comprehension.

Jesus came to reveal the character and purpose of God for mankind. “And the Word became flesh and dwelt among us, and we beheld His glory, the glory as of the only begotten of the Father, full of grace and truth… No one has seen God at any time. The only begotten Son, who is in the bosom of the Father, He has declared Him” (John 1: 14, 18). Jesus said to His disciple ‘I am the way, the truth, and the life. No one comes to the Father except through Me” (John 14: 6). When Philip ask Him to show them the Father, Jesus said to him, “Have I been with you so long, and yet you have not known Me, Philip? He who has seen Me has seen the Father; so how can you say, ‘Show us the Father’? (John 14: 9), “I and My Father are one” (John 10: 30).

When someone come next to you and ask you to receive Jesus Christ as your Lord and personal savior, I believe it’s in your best interest to do so, for He is your creator.

He came into the world because of your sin. He became the Lamb of God who takes away the sin of the world (John 1: 29). “For all have sinned and fall short of the glory of God” (Romans 3: 23) and “For the wages of sin is death, but the gift of God is eternal life in Christ Jesus our Lord” (Romans 6: 23).

Notice that verse says the gift of God which is Eternal Life is only in Jesus Christ. If you are not in Christ Jesus you can’t have the gift of eternal life, instead yow will have eternal death, eternal punishment where you will end up in hell fire. But the good news is that God loves you and doesn’t want you to perish in hell. “For God so loved the world that He gave His only begotten Son, that whoever believes in Him should not perish but have everlasting life, For God did not send His Son into the world to condemn the world, but that the world through Him might be saved” (John 3: 16, 17). “He who believes in the Son of God has the witness in himself; he who does not believe God has made Him a liar, because he has not believed the testimony that God has given of His Son. And this is the testimony: that God has given us eternal life, and this life is in His Son. He who has the Son has life; he who does not have the Son of God does not have life” (1 John 5: 10-12).

Are you ready to receive this gift of Eternal Life? Romans 10: 9, 10 say “That if you confess with your mouth the Lord Jesus and believe in your heart that God has raised Him from the dead, you will be saved. For with the heart one believes unto righteousness, and with the mouth confession is made unto salvation”.

Please pray this prayer aloud with your mouth and believe in you heart – you will have eternal life right now.

LORD JESUS CHRIST, I CONFESS YOU AS MY LORD AND PERSONAL SAVIOUR.

I BELIEVE YOU DIED AND ROSE AGAIN FOR MY SALVATION.

LORD JESUS, COME INTO MY HEART, FORGIVE ME MY SINS AND CLEANSE ME WITH YOUR BLOOD. I RECEIVE ETERNAL LIFE INTO MY SPIRIT

THANK YOU JESUS FOR SAVING ME. AM NOW A CITIZEN OF HEAVEN (AMEN)

We love to hear from you.